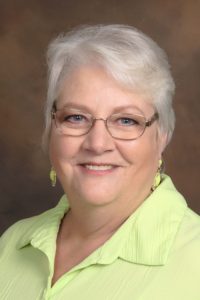 Wendy Leonard has spent 35 years in communications-related jobs (as a court reporter and legal secretary). Strong English grammar, spelling, and punctuation skills made her a valuable asset as she worked with teams of attorneys preparing highly technical contracts and legal documents.  She also served as a beta tester for all new software before it was introduced to the firm.

In 2010 Wendy left the legal world to pursue her love of writing. She has assisted authors in writing six books as a ghostwriter and has written hundreds of blogs for SEO and marketing companies. Her love of computers led to her current pursuit of website building and preparing website copy.

Following a conversation with Albert Duran in 2015, Wendy volunteered to help Legacy Beyond Valor increase its presence by creating a website and writing blogs and designing graphics.

While not a vet herself, Wendy’s father served in the Army during World War II in Okinawa, Japan, and the Phillipines; her mother served as a Marine Corps Drill Sergeant at Parris Island during the Korean War conflict; and her husband served in Baumholder, Germany, for the U.S. Army during the late 1970s.  Love of the USA runs deep in her family.